1) Which planet having all the circumstances for the existence of life?
Answer: Earth.

3) The man who first assessed the mass of the earth?
Answer: Dr. Nevil Maskelyne

4) Which are the four layers in the outer surface of the earth?
Answer: Lithosphere, Hydrosphere, Atmosphere, Biosphere.

5) Which are the six layers in the atmosphere divided on the basis of the distance from
the surface of the earth?

6) Who put forth the nebular hypothesis explaining the origin of the earth?
Answer: Laplace.

7) A longitudinal dune which instead of being transverse to the prevailing wind is parallel
to it?
Answer: Seif.

9) Difference between Gulf and Bay?
Answer: Gulf and Bay are part of the sea that extends considerably into the land, but a
Bay usually has a wider entrance than Gulf.

10) The isotherm indicates?
Answer: The temperatures in particular areas.

12) Name given to the widened river mouth found at the point a river enters the sea?
Answer: Estuary.

14) The isobars indicate?
Answer: The atmospheric pressure in a particular area.

15) The hot desert which is covered with large rocks is?
Answer: Hamada.

16) Give an example of Hypabyssal rock:
Answer: Dolerite.

17) What is Caldera?
Answer: A large volcanic depression more or less circular in shape with exceptionallylarge diameter.

18) Name the plain which forms by filling up of lakes:
Answer: Lacustrine Plains.

19) Upper part of the Lithosphere is made up of:
Answer: Granite rock.

21) What is the Dew point?
Answer: The temperature at which the air is fully saturated is called the Dew point.

22) Folding of rocks is caused due to?
Answer: Great pressure.

23) What is Stalactites?
Answer: Pendant mass of calcite hanging vertically from the roof of a cave is called
Stalactites.

24) What is Geyser?
Answer: Fountain like intermittent warm water coming out from the underground is
called Geyser.

25) Which causes the difference of time between two places?
Answer: latitude.

26) What is an Uvalas?
Answer: In Limestone areas Karst depression larger than shallow holes arising often through their coalescence is called an Uvalas.

27) The surface of the continental crust is:
Answer: Sial.

28) What is a hurricane?
Answer: It is a typhoon called in the Atlantic.

29) What is a cirque?
Answer: It is a bowl – shaped depression created by glacial erosion.

30) Which contributes towards low atmospheric pressure in the equatorial belt?
Answer: High temperature.

31) Give an example of periodic wind:
Answer: Monsoon.

33) Which are the three main island groups in the Pacific?
Answer: Melanesia, Micronesia and Polynesia.

34) What is a cape?
Answer: It is the geographical term for “land’s end”, a tip of land which projects into the
sea.

35) A more precise geographical name for a tableland:
Answer: A plateau.

36) Exfoliation is a process of:
Answer: Mechanical weathering.

37) Which is a minor plate?
Answer: Arabian Plate.

38) The greatest ocean depth found in:
Answer: The Mariana trench in the Pacific Ocean.

39) What is common to Mauna Loa, Krakatoa and Stromboli?
Answer: All are volcanoes.

43) Moraines are the deposits of:
Answer: Glaciers.

44) How many degrees North and South are the Tropics?
Answer: 47 degrees.

46) A high area of land drops steep, especially into the sea, such land formation is
called:
Answer: Cliff.

47) Ice covering great areas of the continent is termed as:
Answer: Ice sheet.

48) Precipitation consisting of a mixture of snow and rain is termed as:
Answer: Sleet.

49) Explain the shape of Earth:
Answer: It is slightly flattened at the Poles and bulges slightly at the Equator.

50) A warm sea current from the Gulf of Mexico:
Answer: Gulf Stream

51) The color of laterite soil is:
Answer: Brown.

52) The time difference for every degree of longitude
Answer: Four minutes.

53) The water surrounding the land man lives on is called:
Answer: The Hydrosphere.

54) The rocky crust of the earth on which we live is called:
Answer: Lithosphere.

55) In which region salinity of the ocean water is high?
Answer: Arid regions.

56) Which wind blowing from the Andes over the Pampas?
Answer: Pampero.

57) Contours on maps indicate:
Answer: Heights of land above the sea level.

59) How do alluvial plains form?
Answer: By rivers depositing their sand and silt on the land during floods.

60) What is a spilt
Answer: A ridge or embankment of sediment attached to the land at one end and
terminating in open water at the other.

61) What is Yardang?
Answer: Steep sided rock ribs, up to 20 feet high and 30 to 120 feet in width, separated
from one another by corridors cut in the desert floor by wind abrasion.

62) Which wind you can find in between the Tropics and blowing towards Equator?
Answer: The trade winds.

64) The sun rises in the east and sets in the west due to:
Answer: Rotation of the earth.

65) Blocks of earth’s crust are raised or lowered due to faulting, write the geographical
name for raised blocks:
Answer: Horsts.

68) The deepest part of earth, other than Antarctica:
Answer: The Dead Sea.

70) What is Mesas:
Answer: Large isolated table lands capped with a protective covering which is
essentially horizontal in attitude is called Mesas.

71) Number of times does Earth move round the sun in a year:
Answer: One.

72) The land that gently slopes and extends below sea level from the coasts of the
continents before sharply sloping to form the seafloor in the deeps is called:
Answer: Continental Shelf.

73) Coral reefs are found in shallow warm water of the:
Answer: Tropic.

74) What is Pediplains?
Answer: The rock floored plains adjacent to mountain masses in desert regions which

75) The common name for the winds that are sometimes called the Anti-trades:
Answer: The Westerlies.

76) The process of wastage of glaciers:
Answer: Ablation.

77) Which expedition was the first to sail round the world and conclusively prove that
the Earth is round?

78) What is a cash crop?
Answer: A crop that i9 not a food crop; it is grown for sale to manufacturers who
convert it into products.

79) Give an example for Intermontane Plateau:
Answer: Tibet.

80) Name the piedmont plains at the foothills of the Punjab -Himalayas:
Answer: Bhabar.

81) Give an example of Pyramidal Peak?
Answer: Matterhorn in Alps.

82) Limestone when metamorphosed is:
Answer: Marble.

83) How are heights of land expressed?
Answer: In feet or meters above the sea level.

84) The velocity of wind is related to:
Answer: Rotation of the earth.

85) The volcano which is located outside the Ring of Pacific fire is:
Answer: Mount Popa.

87) The temperature of the interior of the earth rises by 10 Celsius with every:
Answer: 35 meters of depth.

88) The volcano which is called the light house of the Mediterranean Sea because of its
glowing light all the time is:
Answer: Stromboli.

89) Shorter and shallower glacial troughs eroded by ice below sea level and submerged
are known as:
Answer: Fiords.

90) How much time is taken by the sunlight to reach the earth?
Answer: 8 minutes.

91) Which is considered as the origin of the earth?
Answer: Nebulae.

94) The clouds that causes a heavy downpour:
Answer: Cumulonimbus.

95) Name the rocks which allow water to pass through easily:
Answer: Permeable rocks.

97) The climatic region which covers greater part of the earth’s surface:
Answer: Semi-Arid.

98) The zone on either side of the equator up to the tropics is called:
Answer: Torrid Zone.

99) The most important factor for determining the climate of a place:
Answer: Latitude.

100) The word Monsoon is derived from:
Answer: Arabic language 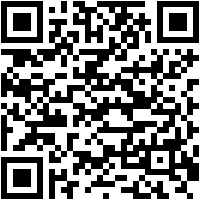